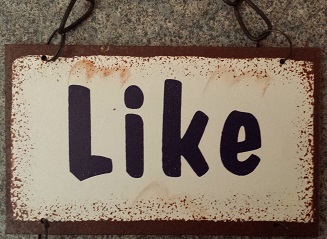 To boldly blog where no one has blogged before!!!

Ok, firstly yes I freely admit it has been a fair few months since I have written anything, but when I embarked on this journey last year not only was I not really ready for it but I think I freaked out somewhat!!

To put it into an odd analogy it’s been like taking the crew of the original series of Star Trek and warping them into the future with the crew of the Next Generation with any prior knowledge of the future. Sounds odd but I don’t think so.

Or imagine for some unknown reason you woke up not having a mobile phone. Technology had reverted backwards and you had to using”other methods” such as a telephone (not a press button), a dictionary, notepad, pencils and a manual typewriter and on the same day you are catapulted into the future with no prior knowledge of the mobile etc, given a laptop, tablet and all gizmos and gadget’s available and asked to learn Social,Twitter, Facebook.

Question is what are you going to do ? Learn it ? Or run like a “bat out of hell!!”. Well I did both and decided to take a very long “tech break”.
Why?? Well I wanted to see if I could function without “social media” but also to see whether the two could co-exist together without the noise. This did mean verbal communication face to face and on the phone!!

I will admit that the first few weeks were not fun. Like anything you cut down on or give up. It’s truly an addiction, the cravings are horrid as you are so used to speaking to people via Facebook etc when it’s not there it is quite daunting. But like cutting down or quitting something it does become more manageable and you suddenly rediscover that doing other things without your “little android buddy” is actually a wonderful thing.

Don’t get me wrong it has been amusing in some ways, for example when you are trying to explain what you do for a living and find yourself blurting out a load of techno babble, which is not intentional but for some unknown reason it just seems to happen. I do find myself having to reign it in somewhat and not blurt out “for heaven’s sake it’s the 21st Century learn this stuff!! Thankfully it’s not happened and have managed to help a few people out with their own page’s etc.

I think that’s when reality really started to hit home. I started to miss it. I also realised that I enjoy doing it and a great sense of achievement I get from helping businesses grow with social.
I have also realised in this ever-changing world that social media does play a pivotal role in the successful growth of new and old businesses alike. Don’t get me wrong I still love old fashioned methods, mailshots, but without it companies would fail. The thought of going backwards is a no no!!

I am starting to fall in love with social media again. ATM it’s difficult as there are things I need to learn to continue this journey but they will come.
I have finally found my balance in all of this and hope that I can carry on boldly going where no one has blogged before!!!
Thanks for listening
Kate