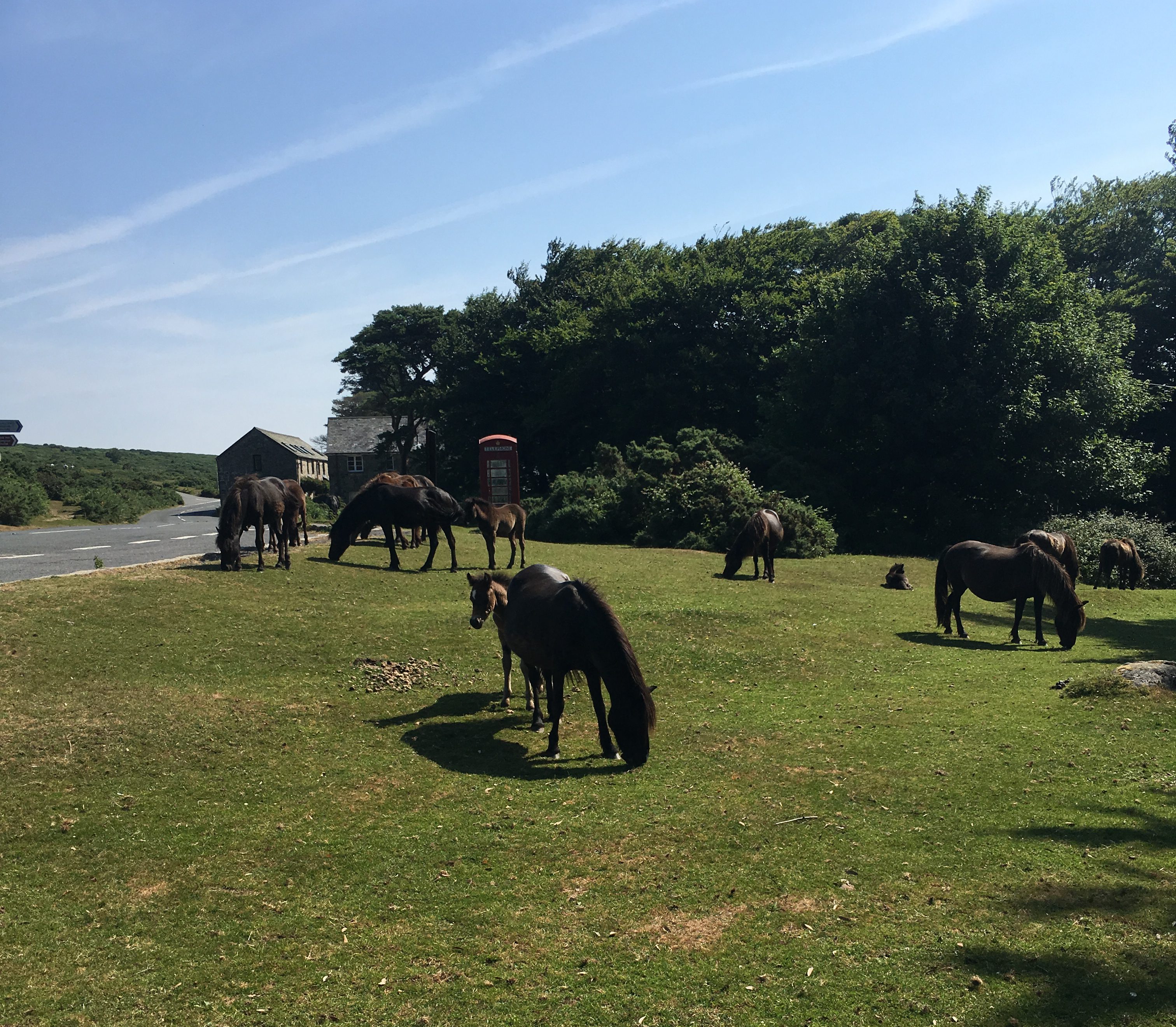 A True Story from Dartmoor, Devon, where I used to live.

I lived in rural Devon, on Dartmoor and my girlfriend’s house is very close to where the Hound of the Baskervilles was based. It is remote to say the least.

Half an hour before leaving for an appointment – an English gentleman of around 60 knocked on my girlfriend’s window.

He was wearing smart trousers, neatly polished brogues and a crisp ironed beige shirt. Having a rather smart looking dark green tie with pictures of birds on it gave away that he probably wasn’t from Devon.

Michael had left his Chelsea tractor out on the road with his wife Margery still in it and had attempted to find some shelter from the wind, rain and awful fresh air of the countryside.

With a completely blank expression he ushered my girlfriend Sadie out of her own house in a state of panic!

“Can I help you?” Sadie said rather surprised someone was actually knocking on her window.

“Yes, there are lots of cows on the road!” Tourist

“Where’s that to?” Sadie

“What does that mean?” Tourist, looking a little bemused!

“Oh sorry in Devonian, it means where is it?” Sadie slightly smirks to herself!

“Did you not see the do not disturb sign on my door lovely?” Sadie smiled and pointed to the sign on her front door, politely saying!

“I tried to ring the bell but there was no answer!” Tourist

“Yes that is because it has been disconnected!

Why did you ‘actually’ knock on my kitchen window?” Sadie

“There are cows on the road!“ Tourist looks rather worried!

“I get it! You are a tourist!” Sadie, smirks

“Yes, but what can be done?” Tourist

“This is Dartmoor, the Moors, it’s a living, working landscape, locals graze their livestock, the cows, horses and sheep belong to multiple owners and if you reside on the moors you have the right to graze your animals on them.

So you are actually talking about 20 or 30 farmers who own these cows!” Sadie

“But, but, but” Tourist stammers “There are cows on the road! Shall we call the police?” Tourist still very worried!

“No, you are on the Moors! Don’t worry!  You are going to have to get used to it!

Sadie smiles, breathes a sigh of relief, she didn’t need to use her self defence skills on an escaped convict from Dartmoor prison this time.

Dartmoor prison is and has been home to some of Britain’s notorious criminals – Mad Axeman, Acid Bath Killer and a notorious wartime double agent to name a few of the jail’s infamous inmates of yesteryear, but that’s another story!

Don’t worry escape is very rare these days. In fact to stay alive on Dartmoor after that would be almost impossible!