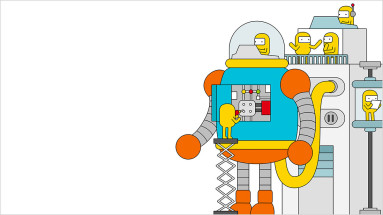 We are certainly in a very interesting time right now, we are on the cusp of something amazing around AI and its actually making marketers and consumers lives better and easier as opposed to it scaring the hell out of us.

The only real problem is the rate of adoption, if we don’t embrace these  new technologies faster than our competitors we will end up losing to our competitors who do embrace AI and cognitive systems for their campaigns. Artificial intelligence uses for marketing solutions is a huge subject and whilst it may be simple, needs some time and effort to learn about!

Whether you support Donald Trump or Brexit does not matter to me, this article is to wake you up to the facts that both the Brexit leave campaign and the Donald Trump arsenal were utilising highly targeted behavioural targeting by combining lots of data sets and databases from Facebook and other sources, they segmented the consumers into 32 predetermined sub-groups bases on their preferences and motivations.

Then the work began to obviously create the campaigns to design the collateral based upon the most likely people to take action and the people who obviously could be influenced the most, this is like taking the old days of direct mail and personalising it to such a level that the ROI is through the roof.

Personally I have been studying the uses of personalised marketing and found that there are two differing opinions, some actually say that it puts people off the brand forever as it is too intrusive, other people like Mark Ritson at marketing week actually say the opposite, they says “Those who bash segmentation and targeting are talking nonsense”

I was asked to write a blog around this for IBM’s THINKMarketing site around this and it has just been published, one of my most enjoyable blogs to write. Content personalization or intrusive irritation? In this blog I explained that we are at a very dangerous place right now, business owners, CEO’s, CFO’s and of course marketing directors want real tangible results.

The problem is the activity of personalization could actually destroy the long term relationship with consumers, this I have been giving much thought and I suppose the people that hate to be bothered will just make sure they switch on their add blocking software, well at least until we work out how to make them turn if off (some publishers are doing this already)

” A study by eMarketer found 1/4 of internet users in the US, nearly 70 million people, will use technology to block ads. Ad Blockers are a serious threat to publishers and media companies revenues, some publishers have even taken them to court for extortion. Others are asking visitors to allow ads on sites to load, or offering ad-free versions of websites at a cost.”

So whatever your views are around AI, Cognitive and marketing let us hope that we as marketers can learn how to keep the brand loyalty of our consumers as opposed to upsetting them.

“AI will ultimately prove to be cheaper, more efficient, and potenially more impartial in its actions than human beings. But such a scenario should not be cause for concern for managers. It just means that their jobs will change to focus on things only humans can do.

Writing earnings reports is one thing, but developing messages that can engage a workforce and provide a sense of purpose is human through and through. Tracking schedules and resources may soon fall within the jurisdiction of machines, but drafting strategy remains unmistakably human. Simply put, our recommendation is to adopt AI in order to automate administration and to augment but not replace human judgment.”

If you would like any Free resources then please have a look around my site.